$7.6 billion in crypto long positions liquidated in one hour as bitcoin plunges to $52,000 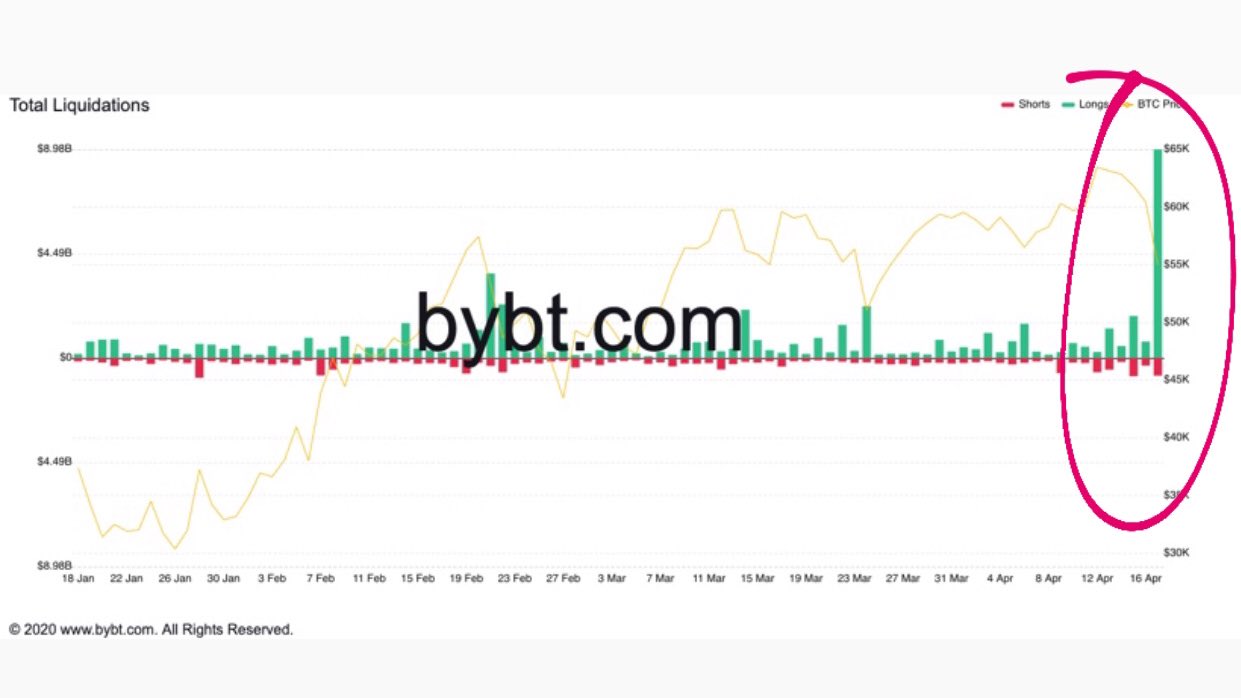 $7.6 billion in crypto long positions have been liquidated over the past hour as bitcoin's price plunged to $52,000, data from bybt.com shows.

As of the time of writing, bitcoin's price has bounced back to around $55,000.

Overall, $9.2 billion in crypto long positions have been liquidated in the last 24 hours.

At a situation like this using leverage is very dangerous game. Many traders are irresponsible and are buying bitcoins with money hoping to sell it in short term and bank the difference, which result to over a million traders liquidated on a $10,000 drop.

As time goes on bitcoin will bounce back and go long massively on it own time just HODL-low risk high reward strategy.