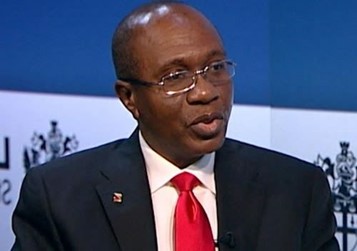 The Central Bank of Nigeria has been ordered to unfreeze the bank accounts of #EndSARS protesters by a Federal High Court in Abuja, the country’s capital.

The Federal High Court in Abuja, Nigeria’s capital Wednesday, ordered the Central Bank of Nigeria (CBN) to unfreeze the accounts of 20 people linked with anti-police brutality protests known as #EndSARS.

In an apparent crackdown on protesters last October, the apex bank placed a ban on 20 young Nigerians’ accounts believed to be promoters of the protest.

In the aftermath of the demonstrations, the CBN said it received an exparte order from a Federal High Court in Abuja to freeze the bank accounts of the 20 persons “for a period of 90 days pending the outcome of investigation and inquiry currently being conducted by the Central Bank of Nigeria.”

According to details of the court order,  the apex bank had requested to freeze the accounts on Oct. 20, 2020, and it was immediately granted by Justice Ahmed Mohammed, an unusually fast-paced process.

Also, Gatefield Nigeria Limited, owners of Gatefield Co, an advocacy group that funded journalists for the media coverage of the protest had its Access Bank account frozen; the group said in a Twitter post last year.

But in his ruling on Wednesday, Justice Ahmed Mohammed said the order followed an agreement reached by parties in the suit to resolve the matter amicably.

While commending counsel to the CBN, Michael Andoaka, and lawyer to the defendants,  Femi Falana, the Judge ruled that “all processes filed in respect of the case are hereby deemed to have been withdrawn.”

He then set aside the November 4, 2020 order and ordered that all the affected persons’ accounts “be immediately defreezed.”

Regarded as one of the country’s biggest social upheavals in 20 years, many Nigerian youths united with an equal rage spewed against police brutality, particularly the high-handedness of the now-disbanded Special Anti-Robbery Squad, last October.

The nationwide protests attracted global attention at a time thousands of people were campaigning for an end to police brutality across the world.

The demonstrations came to a crescendo on Oct. 20, 2020, when soldiers deployed by the Nigerian Army opened fire at protesters at Lekki tollgate, Lagos State, Southwest Nigeria, hours after a curfew was imposed in the state by Babajide Sanwo-Olu, governor of the state in what was believed as an attempt to contain the protest.

Many protesters reportedly died, and others injured during what later became known by some as ‘#LekkiMassacre’. Authorities have insisted that the soldiers fired blank bullets and that nobody died.

Amnesty International put the death toll at 12, but the army and police have denied the killings.

Please use the share buttons below to reach out to others and drop a comment below, thank you.