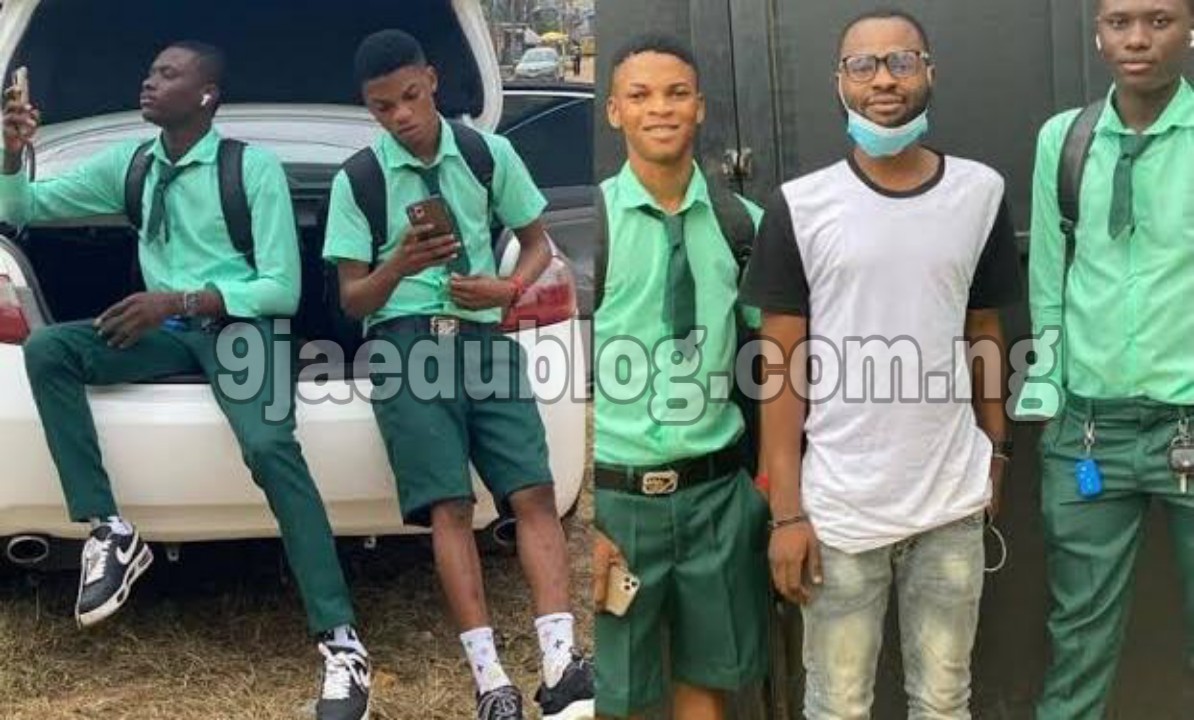 The ‘SSS 3’ students who are in a video already circulating on the internet have revealed the reason they chased out their Physics teacher.

The boys named “benefit boys” in the video are trending on twitter where two students were seen in a car together with their physics teacher.

Sadly, these guys according to them, may have intended to make a joke from the current resumption of the SS3 students who may have become “rich” while on lock down and resume school with Venza and iPhone 11 Pro Max, but the social media world somehow misconstrued everything and thought it was real. 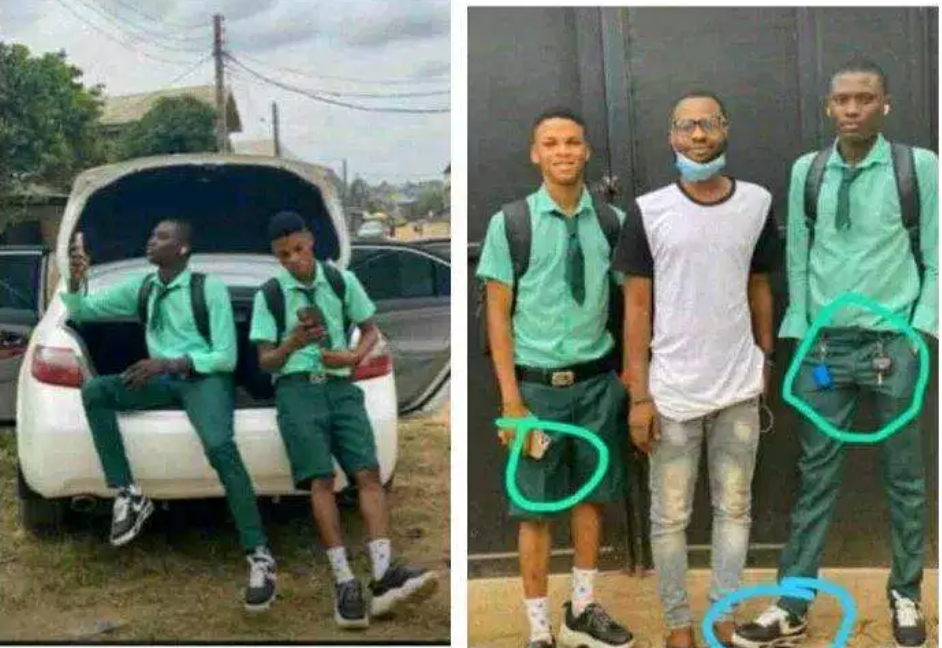 When 9jaedublog reporter making findings about the credibility of the story, he discovered that the video was shared by a comedy skit page and even the actors have quickly come out to claim that it was just for fun.


“SS3 yahoo Boys who hammered millions during the 6 months lockdown chase out their physics teacher who they were giving a lift in their Car after realizing his house was too far” - 😂😂😂😂 Benefit Boys Comedy skit by @blackandwhitecomedy60
A post shared by Gossip Mill Nigeria (@gossipmillnaija) on Aug 6, 2020 at 1:37pm PDT

The views and opinions expressed in the media or comments on this post does not REFLECT the actual IDEA behind it.. We will never post any illegal content or promote cyber crime as we just came up with this idea to shoot a COMEDY (video skit)! All content posted by blackandwhitecomedy60 is meant for COMEDY PURPOSE ONLY!!!

Kindly debunk any other false rumors" 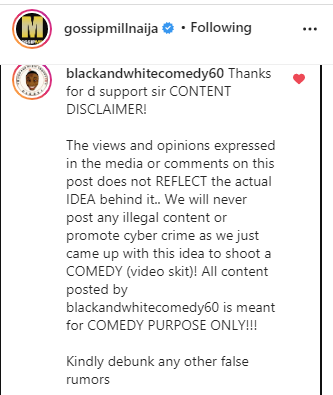 Also making a disclaimer on their Instagram page @blackandwhitecomedy60, see image below. 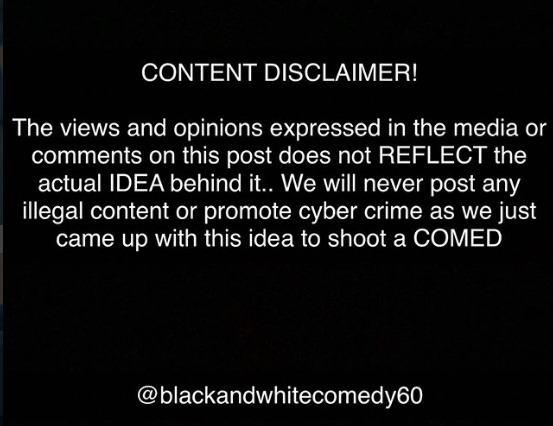 While the video was even trending, the guys quickly went on Instagram live to deny the credibility of the video, claiming that they are just comedians and that they are not “benefit boys’.

“If you also watch through the photos closely, you will see that the school uniform they are putting on has NO BADGE”, the writer revealed.
Below are some comments from twitter 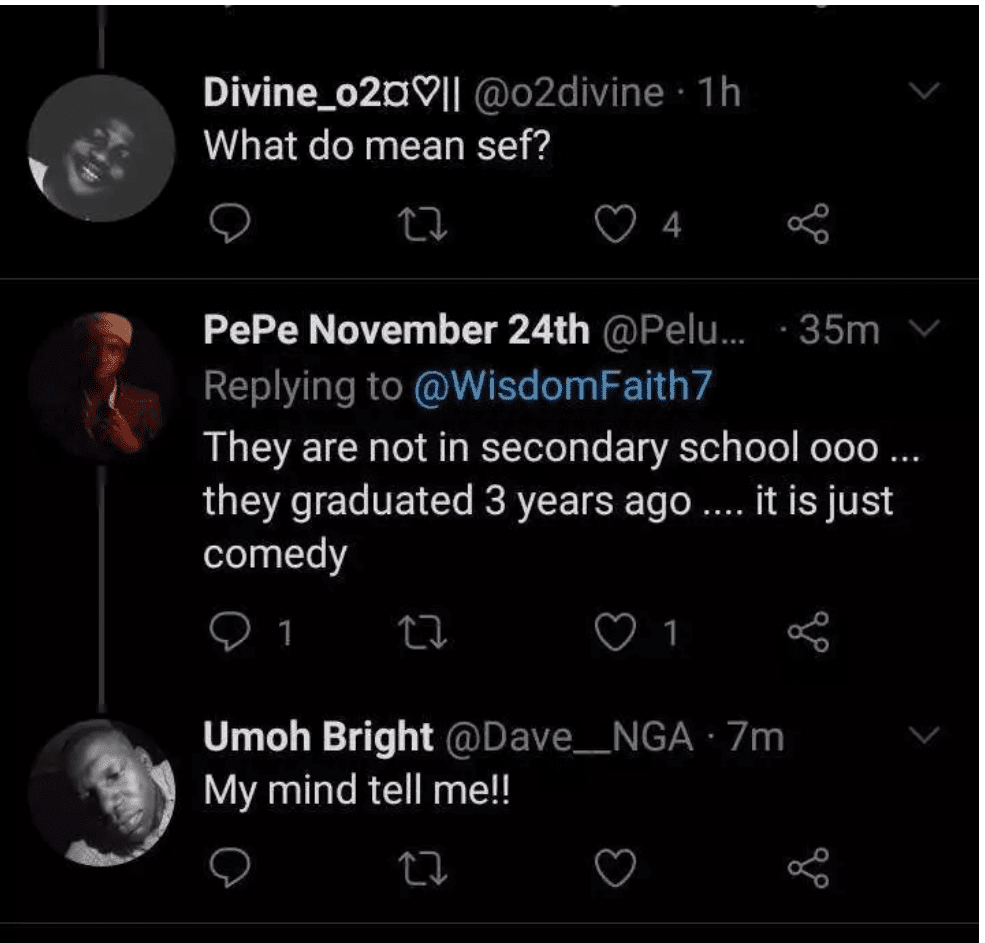 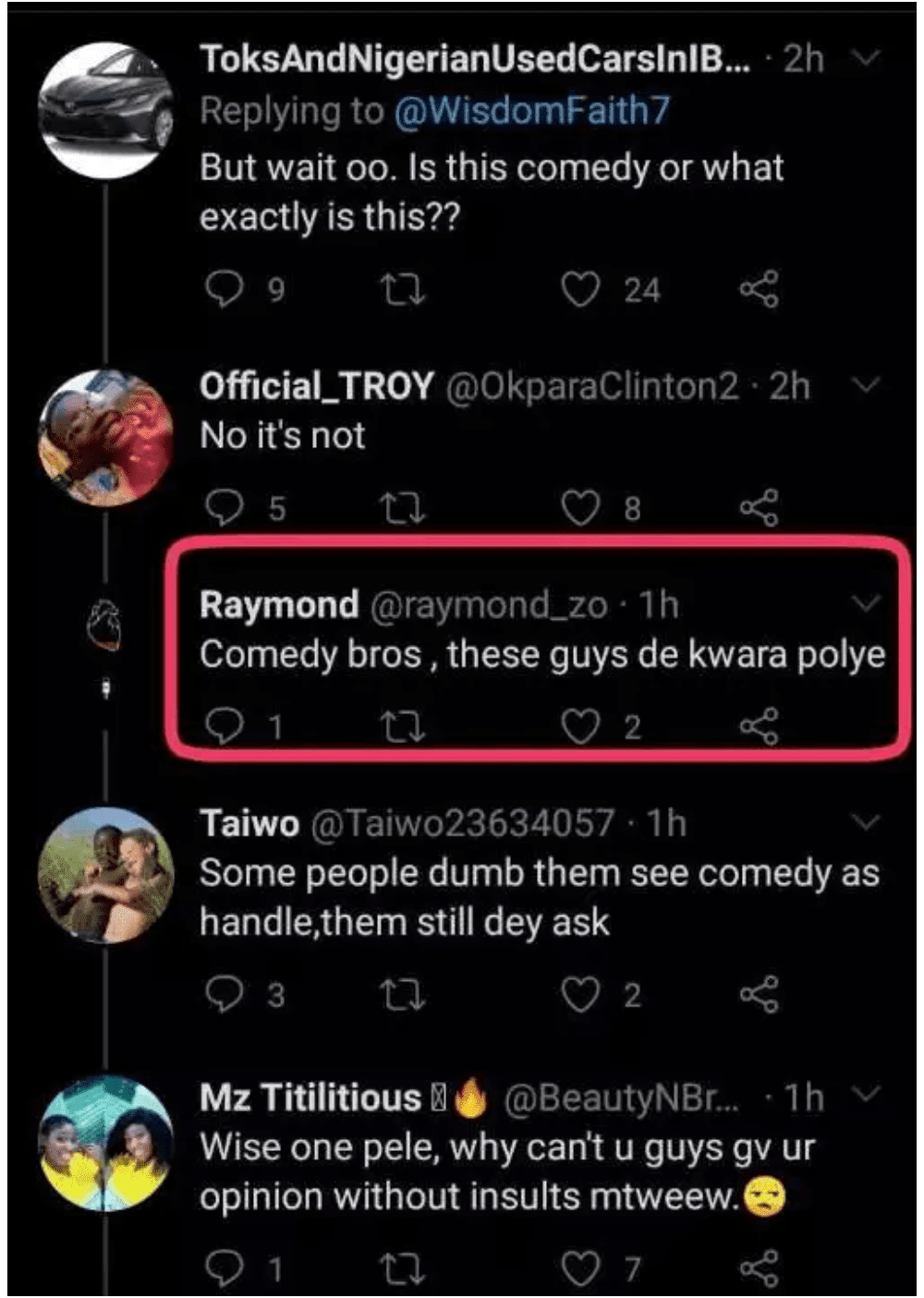 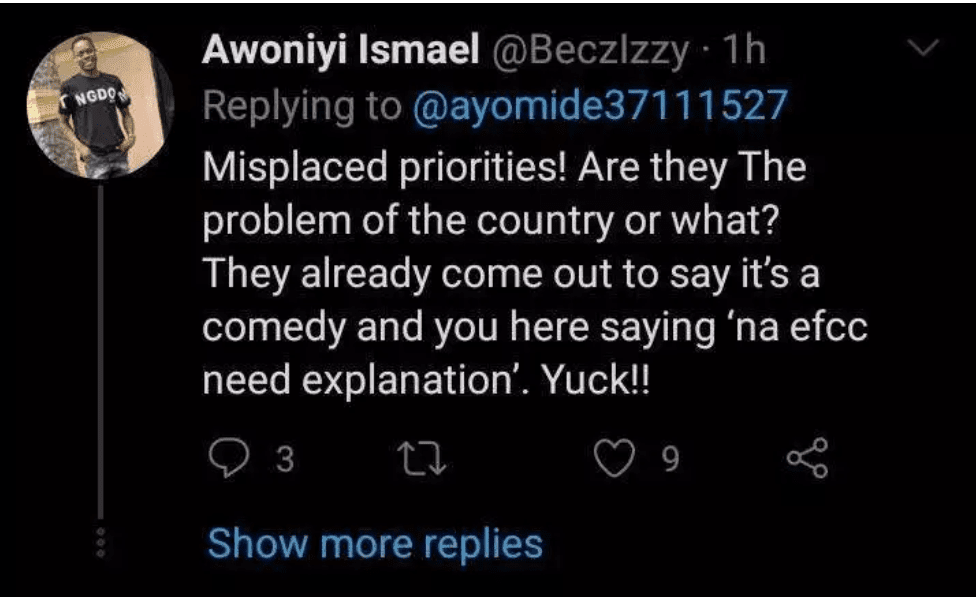