VIDEO: BBNaija 2020 Housemate Tolani Baj Fingers Herself While Other Were Asleep 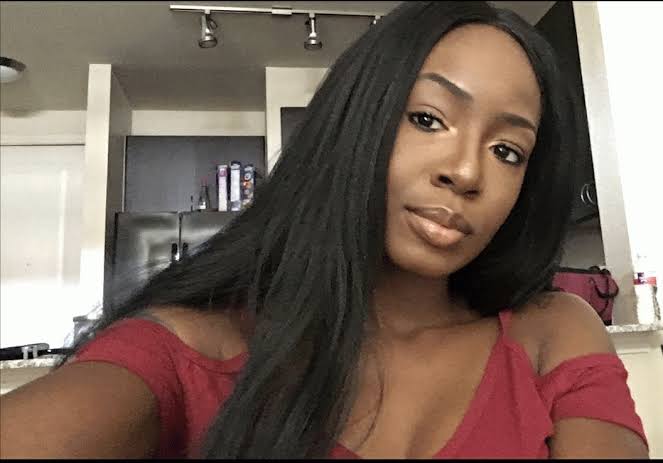 The Big Brother Naija Season 5 edition started like one that wasn’t going to produce dramas embedded in thrills and shockers some ten days ago. But that was absolute deceit with the game playing out like a man who disguises in the form of an introvert to unexpectedly deliver explosive characteristics.

This season’s show had successfully tricked people to believe they are in for some ‘love & romance’ mission with the respectful, cautious and emotional attitude they have adpoted to help in relating with one another.

Although they have had games like “truth & dare” that has resulted in pitting housemates together to have long & ‘dirty’ kisses, it hasn’t still caused some reaally sexual activities that would raise eyebrows as the past editions have.

Do not get it wrong, there has been an “entanglement” here and there with Eric & Lilo and Neo & Vee being the leading characters but nothing absolutely insane has happened like what is about to be shown to you.

Housemates are beginning to talk more about getting hooked up as the cold in Big Brother’s house seems to be doing more damage to their sexual and emotional state of mind than expected.

This was evident in the event that followed up after the Saturday night party yesterday when Tolani Baj who obviously has not gotten entangled yet decided to take matters into her hands since she has not been able to get herself the luxury Vee and Lilo have gotten in Neo & Eric respectively.

Tolanibaj was caught live on camera helping herself with her fingers inside her pants after her bust up with Prince.
TBaj, as her peers call her was fuming with anger last night claiming Prince has ignored her to be with Wathoni and Erica. According to her, his actions have caused tensions between her and the two ladies.

She lodged a complaint with Brighto who tried talking her out but refused to listen to his advice saying she will deal with him. She later went to meet Prince who changed her mood with his good vibes.

She must have felt better after the conversation as she was seen in her bed, helping herself with her fingers buried deep in her pants.

The daring Tolani, while everyone was asleep, called her inner desperate self and ordered her fingers to find their ways into the most guarded and juicy part of her body. Tolani Baj masturbated. In short, she “fingered” herself or better still in street language, she did the female version of “soapy.”

Tolanibaj helped herself to it ..
I like the nights please#BBNaijia Nengi Kidd Dora pic.twitter.com/UBIPP49wtQ
— Of BBN 2020 (@jarndyDfirst) August 2, 2020