Shooting of Black Man by Police in Wisconsin, Captured on Video, Is Investigated 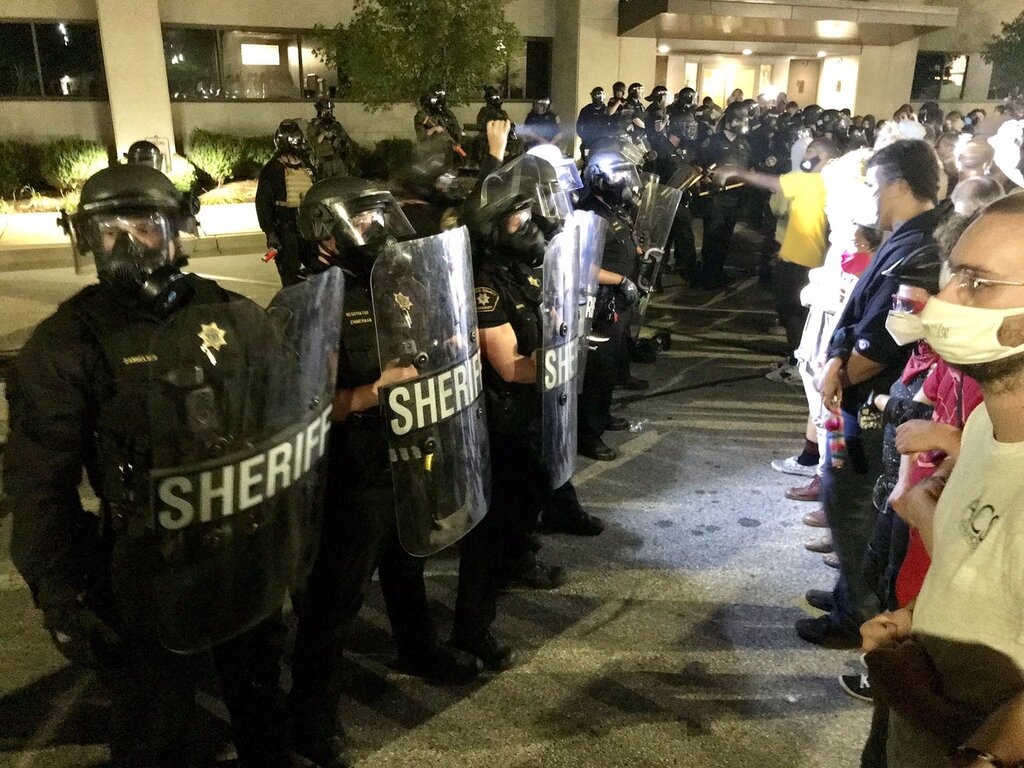 In Kenosha, a crowd formed to protest as the man was hospitalized in serious condition.
In an encounter captured on video, a Black man being confronted by police officers in Kenosha, Wis., on Sunday was shot multiple times as he tried to enter a parked vehicle on a residential street, according to officials and bystander video.

The man, identified by the Wisconsin governor as Jacob Blake, was reported to be in serious condition at a Milwaukee hospital on Sunday night.

Crowds gathered at the scene of the shooting and began marching through the neighborhood, demanding justice for the shooting victim. As night fell, large crowds of demonstrators faced off against police officers, videos on social media showed. In one video, several empty trucks are seen on fire.

Gov. Tony Evers of Wisconsin posted a series of messages on Twitter on Sunday evening that said Mr. Blake had been “shot in the back multiple times” and that the governor stood “against excessive use of force and immediate escalation when engaging with Black Wisconsinites.”

Mr. Evers also denounced police violence against Black people. “While we do not have all of the details yet, what we know for certain is that he is not the first Black man or person to have been shot or injured or mercilessly killed at the hands of individuals in law enforcement in our state or our country,” he wrote in one message.

In another, he said that “although we must offer our empathy, equally important is our action.” He continued, “In the coming days, we will demand just that of elected officials in our state who have failed to recognize the racism in our state and our country for far too long.”

Tonight, Jacob Blake was shot in the back multiple times, in broad daylight, in Kenosha, Wisconsin. Kathy and I join his family, friends, and neighbors in hoping earnestly that he will not succumb to his injuries.
— Governor Tony Evers (@GovEvers) August 24, 2020

The episode began just after 5 p.m. when police officers in the city of Kenosha, about 40 miles south of Milwaukee, responded to a domestic violence incident, according to a spokesman for the Kenosha Police Department.

A video taken by a bystander and posted on social media appears to show what took place moments before the shooting.

In the video, several officers are seen standing on a sidewalk next to a four-door sport utility vehicle. Mr. Blake, wearing a white tank top and black shorts, walks along the passenger side of the vehicle, away from the officers as they yell and as at least one of them points a gun at him.

Mr. Blake walks around the front of the vehicle and opens the driver-side door. Numerous people can be heard yelling, and one officer grabs the man’s shirt. As he opens the door, at least half a dozen shots are heard while at least two officers can be seen with their guns pointed at him. The video, which is about 20 seconds long, ends shortly after the shooting.

The department spokesman, Lt. Joseph Nosalik, said in a statement that the shooting would be investigated by the Division of Criminal Investigation at the Wisconsin Department of Justice. The police announced on Twitter late Sunday night that they had put into effect a citywide curfew until 7 a.m. 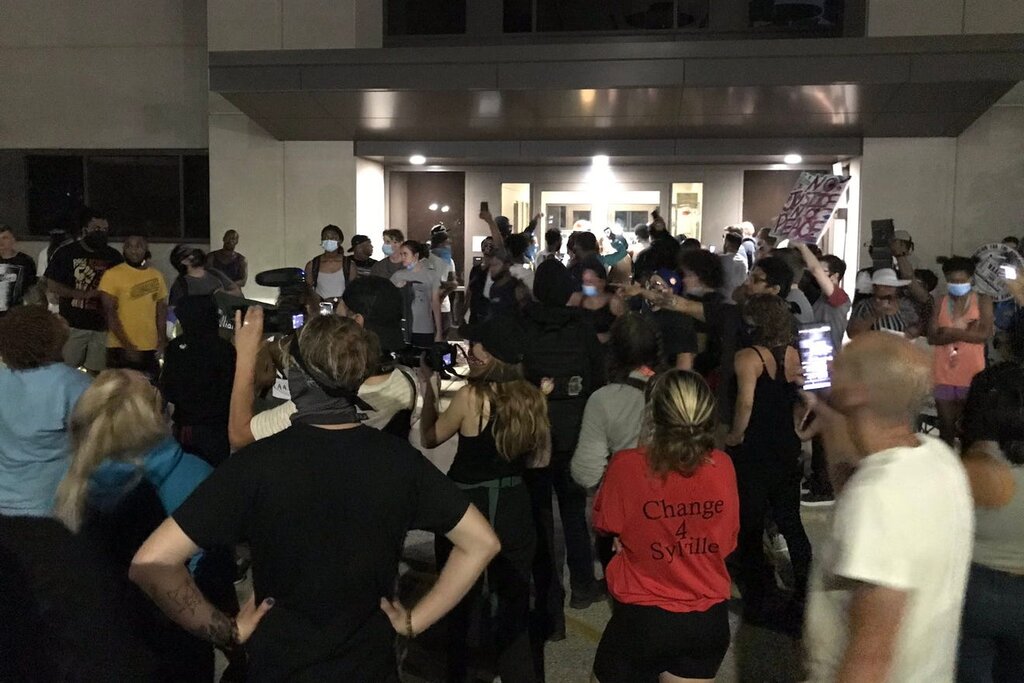 The shooting came as protests erupted across the country after the death of George Floyd in police custody in Minneapolis in May. That lengthy encounter with the police was captured by police body cameras and bystander cellphone video.

Julián Castro, the former mayor of San Antonio who sought the 2020 Democratic presidential nomination, tweeted video of the shooting and wrote, “We’re no other non-lethal methods considered, @KenoshaPolice?”

Anthony Kennedy, the alderman for the district who lives two blocks away from the shooting, said in an interview that he had concerns about what some people who were marching through the area might do. “At this point in time I’m just trying to keep my neighborhood safe,” he said.

Mr. Kennedy said he spoke to people for two hours near the scene of the shooting, encouraging them to trust the investigation, which will not be done by the local police department.

“I understand why people are hurt,” he said. “Why they are frustrated, but justice can’t be street justice. The process has to work out.”

Mr. Kennedy said he had seen the video but declined to say whether he thought the shooting appeared justified. 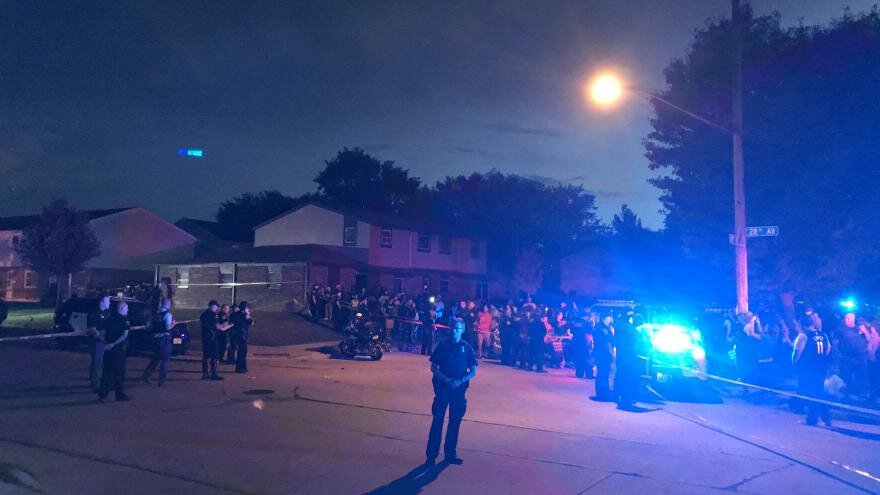 Michael Bell Sr., who has advocated police reform in Kenosha since his son was fatally shot by a police officer in 2004, said someone had sent him the video of the shooting. “I’m going to withhold my judgment until we see all the facts in this case but it looks pretty bad,” he said.

Mr. Bell said his eyes were drawn to a woman who is shown in the video jumping up and down next to the car as the man is shot. He noted the similarity of the encounter to his own son’s killing, which was witnessed by his son’s mother and sister but not recorded.

Mr. Bell led efforts in 2014 to pass a law that requires police-involved shootings to be investigated by outside agencies.

The Milwaukee Journal Sentinel reported that there had been numerous police-involved deaths in southeast Wisconsin, including at least 18 in the past 20 years. Few of the encounters resulted in criminal charges for the officers involved.

In 2016, the Wisconsin National Guard was called in to quell several days of demonstrations that turned violent in Milwaukee after police officers fatally shot 23-year-old Sylville K. Smith when he fled on foot after a traffic stop. The year before, large demonstrations swept across the city after a Milwaukee police officer shot and killed a 19-year-old biracial man, who was unarmed, during a scuffle inside his apartment.