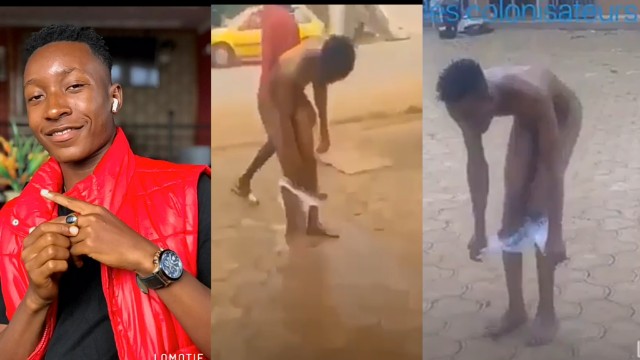 This is the viral video of the Claimed Cameroonian Yahoo/Cultist boy who allegedly go insane for not completing his day to day sacrifice.

The young man is identified as leonel_tchvps on Instagram, reports gathered by 9jaedublog states that, his name is Lionel or leon a student of the University Of Bamenda.

He is said to be in a secret cult extracting money from his preys, if he had sex with any lady, he carries their luck in life and also take the womb of that lady. He also deteriorate the vagina of the lady and make it contain various disease day by day till she is gone.

Report earlier gathered today which is still unconfirmed says all we've heard around are fake news, his girl friend and close friends claimed he is under the influence of a synthetic drug called Colorado, which made him lost control and possibly tried to rape an 11 year old girl, no one know if he did, but his friend found out and beat him up which is found in the viral video.

He didn't run mad but was under the influence of drug, he couldn't come out to defend himself because he also committed a crime of attempt rape or rape.

Leon is born and brought up in a wealthy family, he is an entrepreneur, he calls himself a young trader and investor in forex trade and an engineer in food processing.

The image below might be a false accusation or the truth but many did judge him on what they saw in the video of him living a wealthy life and ending up being mad, 9jaedublog is yet to hear from him if truly he was under the influence of the so called drugs 'Colorado' he should be doing good now, so he should just come open to the general public and defend himself and also if he didn't committed a rape offence too. 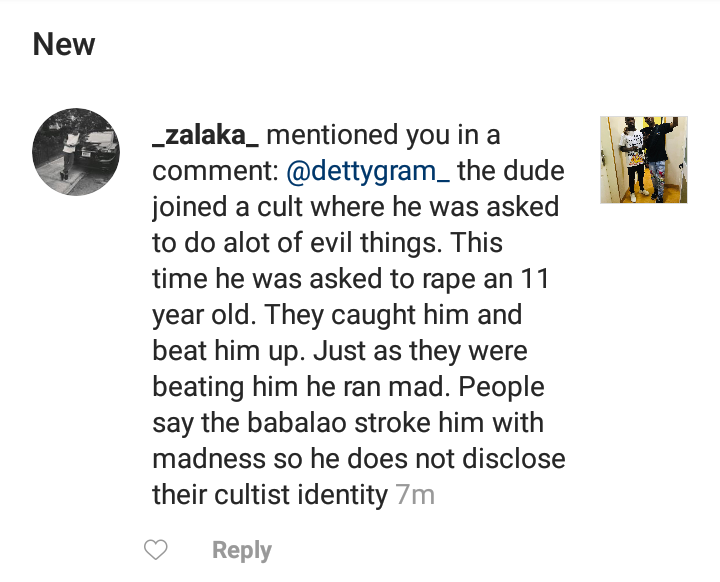 Could this be drug influence or juju don cast??

There is an imposter to this guys account on Instagram, claiming to be the guy back to normal. Which is all false news, this person is crying out for people to desist from sharing his video just to get attention and famous to the extent he tagged tundeednut a Nigerian blogger to help him repost so he will get lots of followers and attention, can you imagine human beings.

A Cameroonian tagging a Nigerian blogger and this new account check he is following only Nigerians top celebrities, he doesn't know even at least one Cameroon celebrity to follow. The boy location is no where to be identify and someone is busy using his name to get fame.

There is also a viral video of a guy giving his girlfriend a huge some of money on her birthday which looks more like him, please disregard it, he is a Cameroonian guy and the person in the video doesn't look like him on a close look. Why will he call a saxophonist to play Joeboy song for his girlfriend someone whose major language is Francais and he is based in Cameroon