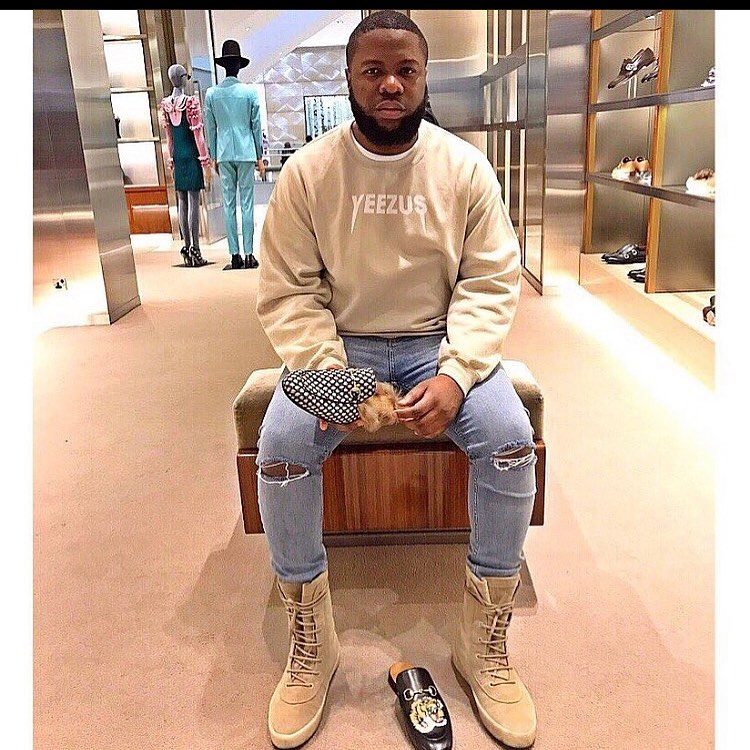 In this article, Hushpuppi lost his sister as a result he couldn't get money to pay for her hospital bills, she died of malaria and typhoid, he was so poor and living a life of poverty, this was one of the reason he was triggered to get money real quick.

Raymond Igbalode is a Nigerian big boy who has been very popular as an Instagram celebrity, with the alias, Ray Hushpuppi, and much of his following is attributed to the exotic lifestyle and properties which he shows off on the social media.

Ray Hushpuppi is a mystery when it comes to the Nigerian celebrity world – no one really knows how he makes his money, but he continues living a rich and luxurious lifestyle which he displays on his social media. Hushpuppi source of wealth revealed – in this article you will find out everything about this man and his fortune.

Who is Hushpuppi and how did he become popular?

Nigerians are amazed by how quickly Ray Hushpuppi gained his wealth. Constant parties, private planes and luxurious cars, expensive drinks and fashionable clothes are the main attributes of his lifestyle. A lot of people are wondering if Ray Hushpuppi really earned this or if he made his money illegally.

Ray Hushpuppi’s real name is Raymond Igbalodely. His other known his nicknames are Aja Puppi and Aja 4. Born on the 14th of June, he is Nigerian by origin, however, he became wealthy and successful after he moved to Malaysia. This man has gained the title of a Nigerian dark horse – no one knows exactly how he really made his money. The only thing everyone knows is that a new page in his life opened when he decided to relocate to Malaysia. Nowadays, he is one of the most popular people in Nigerian diaspora.

No one supports crime, but Raymond is said to come from a poor background, they lived a miserable life at his youthful age and childhood too. Hushpuppi lost his sister in the past as a result of failure to pay the sum of N3,500 (three thousand five hundred naira) for hospital bills, she died of typhoid and malaria. A post was spotted on Instagram from a close friend who is said to known him to speak much about him.

He said in his caption - “You are not just a genius, you sacrificed yourself for Generations to come in your family, your sister died in Luth because of 3500 Naira hospital bills (typhoid and malaria) you stood up and clear poverty from your family. Who am I to judge you, who has seen real poverty will understand hunger and taste for wealth. You are not Pablo but you are Ray Hushpuppi ... I will tell my kids about you! ‘ ICON GANGAN ’, No saint in this world, Even J.P Morgan chase smuggle cocaine. Definitely I'm getting your frame in my abode.

Say No to Fraud” 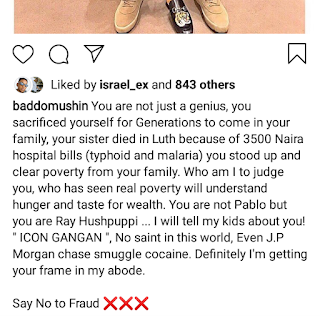