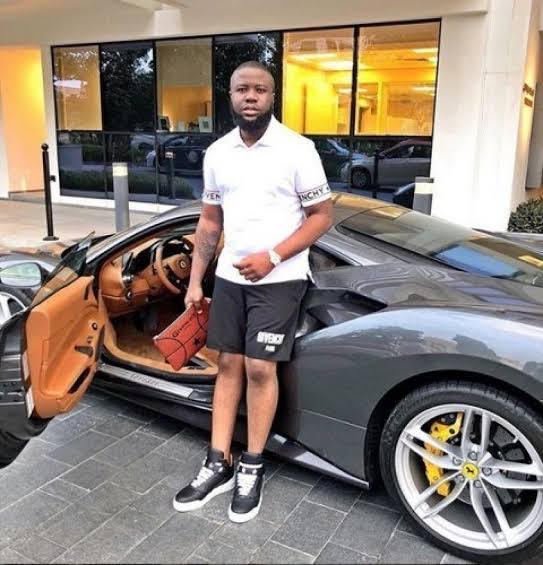 Nobody saw a billionaire in Hushpuppi some 15 years ago when he roamed the dusty streets of Oworonshoki, Lagos, looking to wash cars for a paltry N100, and later returning to a food joint where he had beans and bread on credit.

In a philosophical reflection, using himself as a case study, he touched on how a child could feel rejected because of his poor background in his widely circulated 2017 “Letter to the Ghetto Kid”. It was about the same year Hushpuppi became a household name, as he had started using his social media page to flaunt his wealth.

With a sense of pride, Ramon Abass, whose dad drove a taxi and mum sold bread by the roadside in Oworonshoki, would say he represents “every underprivileged kid of the world and especially of Nigeria and of Lagos and of Bariga and of Oworonshoki — where a landlord had chased me and my family out of a rented room.”

Of course, now sounding like someone who has made it in life, he concluded by advising that “dejected kid” not to give up, just like he never did.
Entering stardom, Hushpuppi claimed to be into real estate but this had been trailed by skepticism, with many wondering how the 37-year-old had maintained a luxurious lifestyle for years — from acquiring the latest automobiles, including Rolls-Royce and Ferrari, to hiring private jets to take him holidaying across the best spots in the world.

It didn’t come much as a surprise in June when he was arrested in Dubai, where he was based, with 11 of his associates over email scams known in the Nigerian parlance as Yahoo-Yahoo.

In the special operation dubbed “Fox Hunt 2”, the Dubai police had tracked Hushpuppi for about four months, and upon his arrest, it was alleged that the crimes committed outside the UAE, included money laundering, cyber fraud, hacking, impersonation, banking fraud and identity theft worth Dh1.6 billion (an estimated N168 billion).

The police also revealed that 1,926,400 victims were targeted by the syndicate. 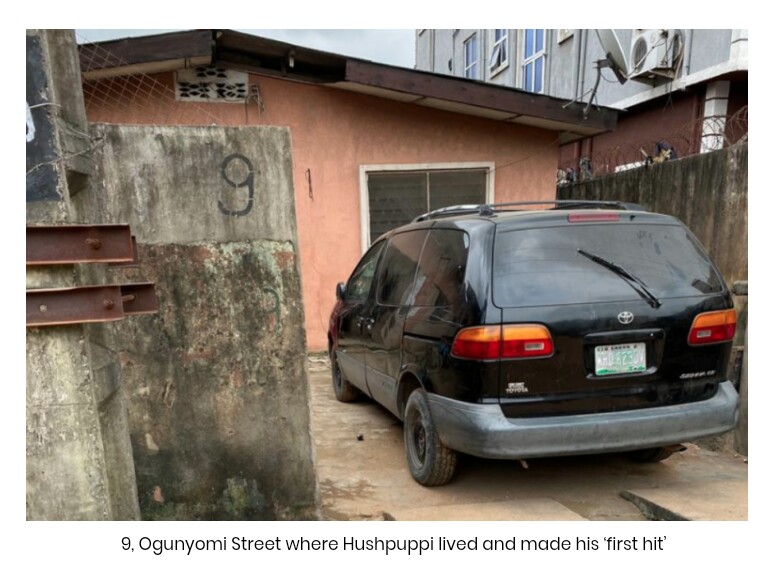 Subsequently extradited to the US for trial on money laundering, his lawyer, however, insisted that Hushpuppi “became rich through real estate.”

The real estate claim is what some residents of Ogunyomi street in Oworonshoki would dismiss.

He started the Yahoo-Yahoo thing from this house, and for years was still struggling because the money they were getting was little change,” a neighbour who pleaded anonymity told 9jaEduBlog.

“With the little money then, all they could afford were sneakers, low cost wristwatches and all. But there was this day he hit it big. It was like a breakthrough for him. I entered the room and ran outside, seeing the huge amount of money.

“So, he bought gold with that money. His thought was that buying gold would be a good idea for keeping the money as he could sell it off anytime. He got more hits and bought more gold.”

BOUGHT FOOD ON CREDIT
Mama Dele’s buka where Hushpuppi used to eat on creditMama Dele was and still the run-to woman when most of the boys on the streets are hungry, and maybe low on cash, and this was evident the moment TheCable’s reporter with two others arrived at her buka on Ogunyomi street. 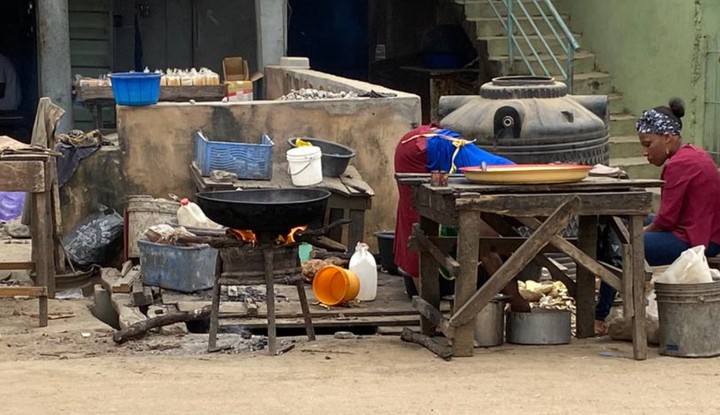 “Ha, my children, you are coming late, food has finished for today o,” she said, pointing at the empty pots.

She wouldn’t hesitate to talk when asked if she knew Hushpuppi.

“They are all my children, and were always here. Is it because he has money you people don’t want to believe he came here to eat almost daily when he lived here?” she asked, with a wide smile.

“He bought food on credit here many times. Not even only here, he bought sardines, noodles on credit from other women down the street. He will just come and say, ‘mummy, we are hungry o, we want to eat o, but there’s no money on ground now o.’ That’s how he talks. 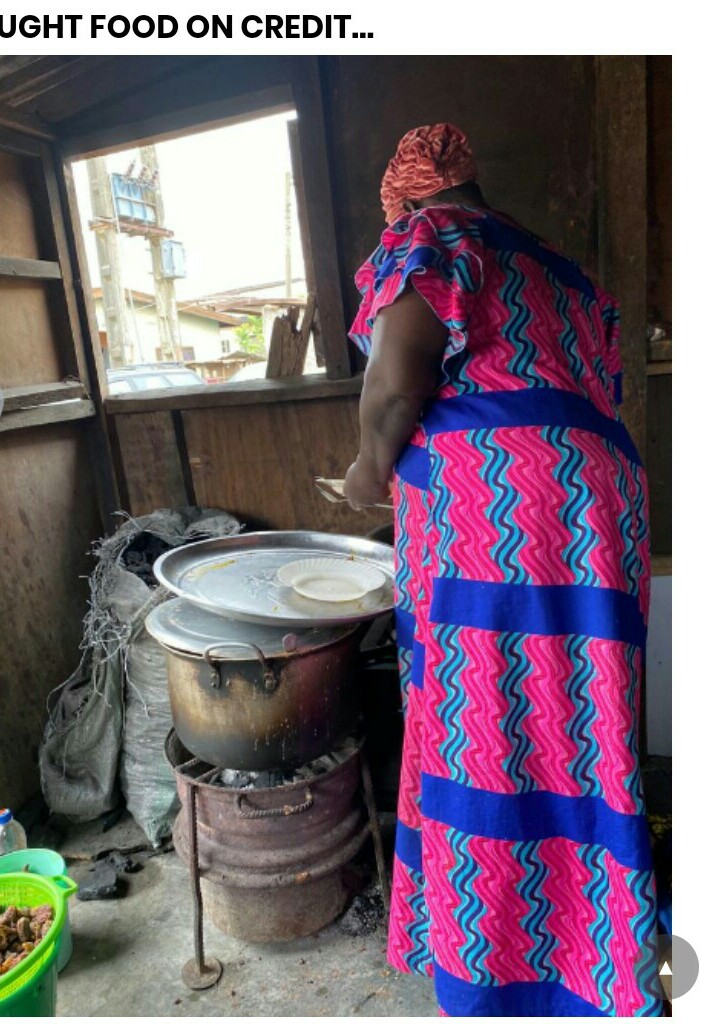 “And after a while, he disappeared; we didn’t see him. After some years though, he returned and then paid all the money he was owing. He also gave me money to make catfish pepper soup for him and his friends.

“During his most recent and last visit, I think in 2018, he ‘dashed’ me N5,000. I was in the backyard when I was told that someone was calling me outside. I came out and saw him inside one car. I shouted Ramon with all excitement, and held his hands.”

Some got angry that how could the billionaire Hushpuppi give her “just N5,000” with all she’s “done for him”, but Mama Dele said it wasn’t a big deal as he gave the money out of his free will without her asking.

“I could have rejected and I know he would have given me more, but I’m content with anything anyone gives me as a gift,” she said.

Mama Dele would describe Hushpuppi as someone who doesn’t like making trouble, and was never a thief.

“The only thing I knew he was doing was this Yahoo,” she said, and wouldn’t realise the connection between theft and Yahoo-Yahoo. 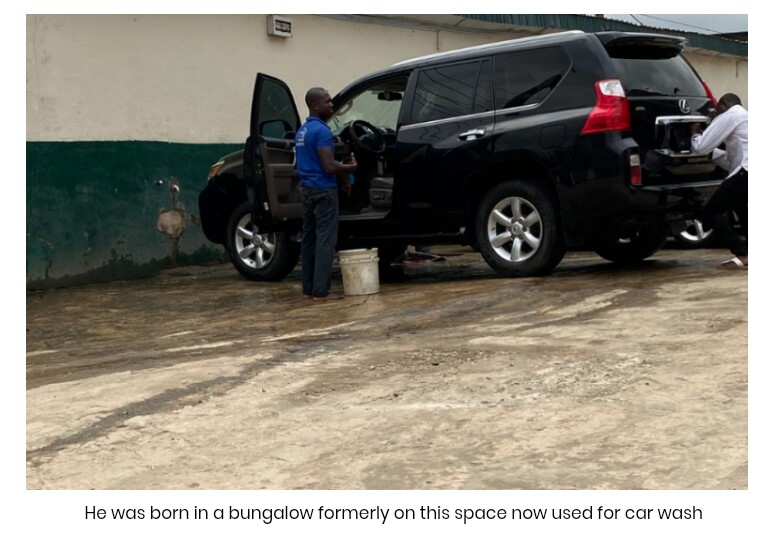 Some people who spoke with 9jaEduBlog said Hushpuppi was already rich enough to buy the street and turn it into an estate, but he wouldn’t.

A hotel on the street, at a time, was up for sale and Sikiru Adekoya, his close friend who was also arrested alongside Hushpuppi, was said to have called him to buy the building, but he showed no interest.

“What has all his money amounted to now that we can’t even point to one thing he did in his area?” one of the sources asked. 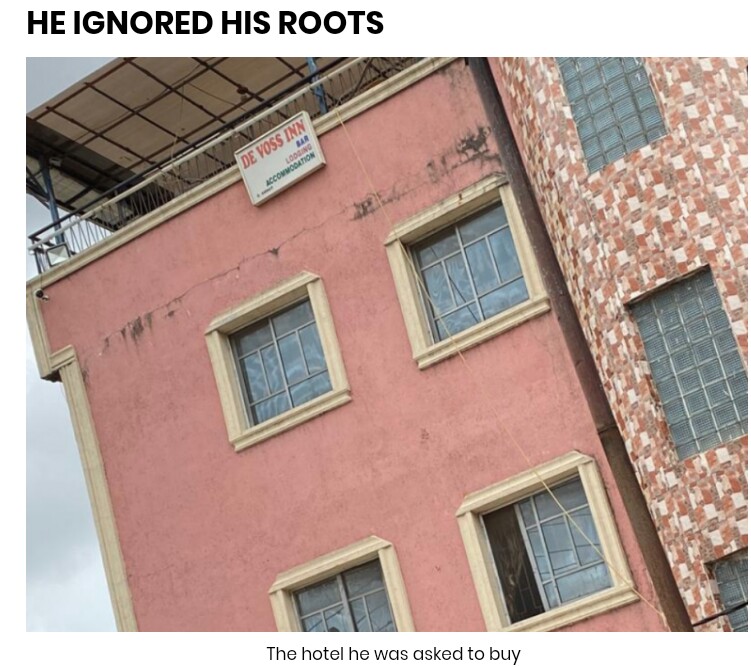 “The house he was born in was here on Oworo road, and now that place has been bought and turned into a car wash. I remember very well how Ramon, interestingly, used to ask people to bring their cars to the front of that house so he could wash. They paid him about N100 per car then. Just imagine if he even bought that space and turned it to a modern car wash. At least boys on the street would get more jobs from that.”

He is also accused of not helping others with whom he started with on the streets.

It wasn’t until two years ago that he eventually took in Sikiru with him in Dubai, who got arrested with him in June when the Dubai police stormed their house, a source claimed.

“Sometimes, I will be with Sikiru and he will be on phone with Ramon, begging him to send money. Despite having a billionaire friend, Sikiru was still staying in this ghetto area,” another source explained.

As things stand now, that once-upon-a-poor-boy from Oworoshonki risks spending the next 20 years in an American prison if convicted.