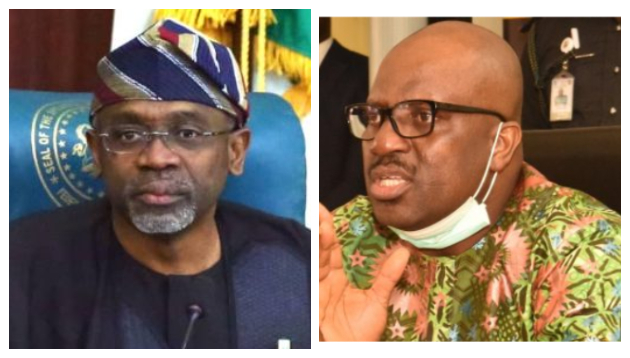 - This is the decision of the speaker of the House, Femi Gbajabiamila, on Monday, July 20

- The acting MD of the NDDC, Kemebradikumo Pondei, will not be required to appear before the House of Representatives' panel probing him

- This is the decision of the speaker of the House, Femi Gbajabiamila, on Monday, July 20

The speaker of the House of Representatives, Femi Gbajabiamila, has given a final order on the probe involving Kemebradikumo Pondei, the acting managing director of the Niger Delta Development Commission (NDDC).

Following the tragic fate Pondei suffered while he was being interrogated by the House committee of the NDDC, Gbajabiamila stated that the commission's acting boss will not be brought before the panel again, The Nation reports.

The speaker said that the committee can use the documents presented by Pondei on Monday, July 20, to carry out its investigation and all other necessary actions.

Gbajabiamila admitted that the venue for the probe is poorly ventilated and therefore apologised to all members of the committee and lawmakers.

He said: "I have been here barely five minutes and I am already sweating profusely. So, I do understand and apologise to everybody here for the poorly conducive atmosphere.

“Because of these conditions in this hall, we don’t need to hear further from the acting MD because he has already submitted his written report. I think you can use the documents to do the work that needs to be done."

Pondei was cross-questioned by members of the House Committee on the NDDC over allegations of financial corruption to the tune of N40 billion.

he NDDC boss was quickly rushed to the hospital while the hearing went on a recess.

Before this, the House of Representatives committee on the NDDC was on Thursday, July 16, shunned by Pondei.

The NDDC boss who was supposed to appear before lawmakers of the lower legislative body walked out on them.