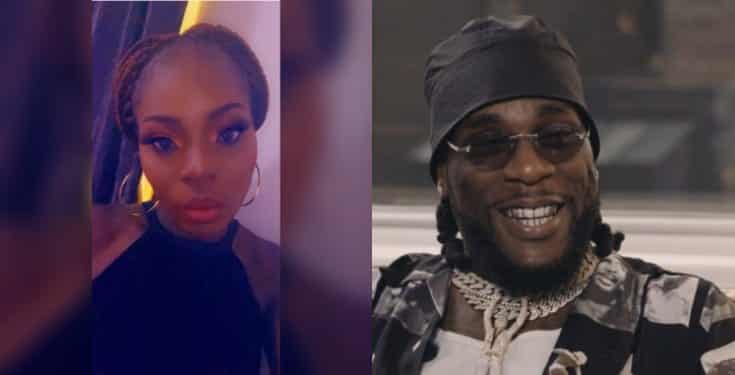 After some days ago when Burna Boy was announced winner of the BET Award and the Best International Act, fans and others have been attacking and praising him on his social media platforms.

Burna Boy is the first Nigerian artiste to win the BET Awards and the Best International Act for the second consecutive year.

Nigerians on social media have been praising and hailing Burna boy for proving that he is truly the Giant of Africa.

Burna Boy won the Best International Act for the second consecutive year, becoming the first Nigerian artiste to win the BET Awards back to back.

The lady took to Twitter to lament that he is totally undeserving of the award, saying BET gave him so peace can reign.

“He doesn’t deserve this sha

Idc who the nominees are, he is totally undeserving

Again BET gave that drug addict the award so peace can reign and he won’t start fighting like a mad man that he is.” she tweeted. 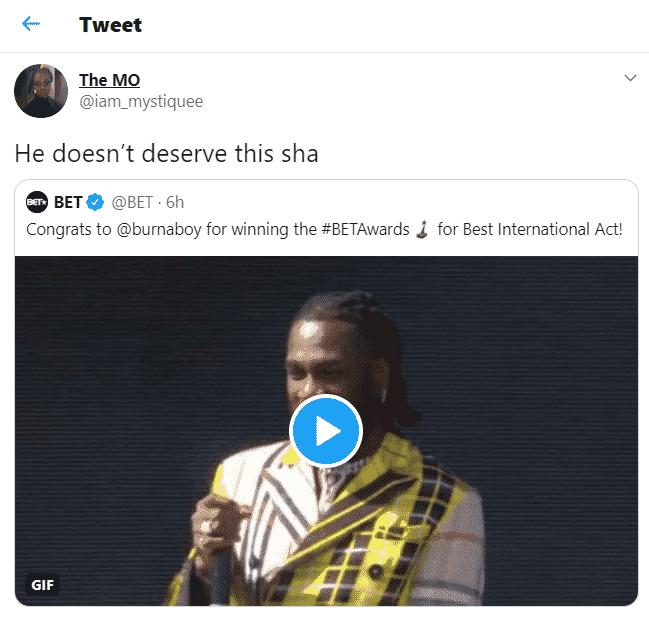