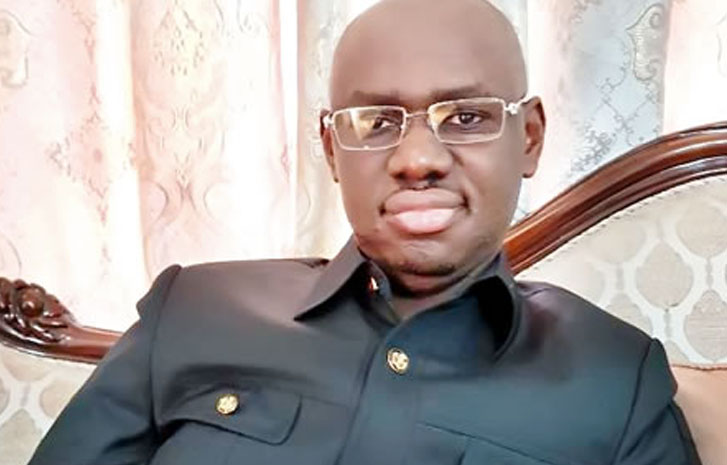 Former Deputy National Publicity Secretary of the All Progressives Congress (APC), Comrade Timi Frank, has called for the immediate sack of the Group Managing Director (GMD) of the Nigerian National Petroleum Corporation (NNPC), Engr. Mele Kyari, over his complicity in the alleged $2.5billion stolen crude oil sold in China.

An online news platform recently revealed that about 48 million barrels of Nigeria's Bonny Light Crude, valued at $2.5 billion was stolen, sold in China and the proceed was allegedly shared by some top officials of the present administration. Frank had in a statement following the revelation last week, called for the immediate arrest, investigation and prosecution of all those involved in the sale and diversion of the proceeds of the crude oil.

The political activist in a statement in Abuja on Monday specifically called for the sack and prosecution of Kyari following new evidence concerning his central role in the diversion of the nation’s common wealth as published by the same online portal. Frank insisted that the new damning facts, laced with documentary evidence, only goes to show that the corruption level in the APC-led federal government, stinks to the skies with the President, General Muhammadu Buhari, being silent and unfortunately giving the impression of his complicity.

He expressed total disgust with the General Buhari-led government and accused it of being determined to cover up the theft of the $2.5 billion crude “despite the expose’ of this wicked and criminal act against Nigeria and Nigerians which has opened the country to international ridicule and shame.” He urged the Government of the United States and all well-meaning nations to immediately call and impress it on General Buhari that the perpetrators of this dastardly act of criminality concerning the stolen $2.5 billion crude oil sold in China should be immediately arrested and prosecuted.

He described it as absurd for the perpetrators to have carried out the heist under the watchful eyes of General Buhari who doubles as the Minister of Petroleum Resources and also carries the toga of Africa’s No. 1 Anti-Corruption Crusader. He noted that based on the attempt by the Buhari-led government to suppress the “exposed”, the online platform has further released more damning evidence about the sleaze which comprised of the letters and messages exchanged between the NNPC, officials the federal government and the legal representative of the whistleblower, SAMANO SA DE CV.

He insisted that Kyari should not be allowed to spend another 24 hours as GMD of NNPC, following the release of a throve of such damning evidence that are currently in public domain. “The NNPC GMD has so many explanations to give to Nigerians as to the whereabouts or otherwise of the purported stolen $2.5billion crude oil sold in China. “Kyari has to provide answers to this weighty allegations and Buhari’s refusal to order for an immediate investigation, which should trigger a suspension or sack of the NNPC GMD, by remaining silent can only mean acquiescence and complicity in the $2.5billion crude theft,” Frank said.

The new evidence as released, disclosed how the whistleblower wrote to the NNPC GMD on the crude theft and his request for the payment of his compensation for having blown the lid on the illegal sale of the 48million barrels of stolen crude oil in line with the whistleblower policy of the Federal Government. “Nigerians must stand up now to ask questions as it concerns the theft and sale of the stolen crude oil and the whereabouts of the $2.5 billion proceeds,” Frank declared.
END
Signed Comrade Timi Frank Political Activist and Ex-Deputy National Publicity Secretary, APC, Abuja.

He urged Nigerians to stand up now, ask questions as it concerns the theft and sale of the stolen crude oil and the whereabouts of the $2.5 billion proceeds.