Plans are underway by the International Police (INTERPOL) Nigeria to extradite Instagram celebrity Raymond Igbalodely a.k.a. ‘Hushpuppi’ from the United Arab Emirates (UAE) to Nigeria to face alleged multiple fraud charges, The Nation learnt on Friday. 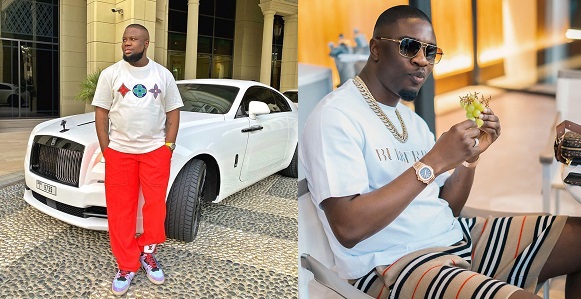 The INTERPOL is also on the trail of other accomplices in the alleged fraud who are resident in Nigeria to bring them to justice.

Commissioner of Police (CP) INTERPOL, Garba Umar disclosed these to The Nation yesterday while confirming the arrest of Igbalodely ‘Ray HushPuppi’ whose real name is said to be Ramoni Igbalode.

He said: “It is true that Hushpuppi was arrested by the INTERPOL. We are currently working on bringing him to Nigeria to face charges of fraud.

“Some of the offences were committed here in Nigeria and he has to answer for them. He is not alone in it; there are accomplices in the country who we are currently on their trail,” said the CP.

Hushpuppi, known for his reckless display of wealth on social media, was arrested on 7 June 2020 for allegedly hacking into the United States (US) unemployed database and impersonating as citizens qualified for unemployment funds.

He and his accomplices in Nigeria, Dubai and other countries allegedly defrauded the US of over $100 million US dollar meant for Native Americans in the battle against the coronavirus pandemic.

The Nation reports that his arrest came three days after he posted a picture of his newly acquired 2020 Rolls Royce Cullinan worth about N280 million Naira, the latest audition to his fleet of exotic vehicles.

It was alleged that Hushpuppi was arrested alongside two of his friends after weeks of investigation by the US Secret Service, following the alarm raised in May about a crime ring of suspected Nigerians who broke into the personal information of citizens and used factitious unemployment claims to steal hundreds of millions of dollars reserved to help jobless American people.

The syndicate was alleged to have filed in so many names of Americans who were still working to various state unemployment offices and collected money from the system.

They were alleged to have used information stolen from first responders, government personnel and school employees.

He was apparently arrested on Sunday night in Dubai during a joint operation by the FBI and Interpol.

According to online sources, HushPuppi was arrested after conducting a $35 million fraud relating to ventilators used for COVID-19 patients.

Meanwhile, American news channels had been reporting that he and his company were wanted men in the days leading up to his arrest.

Officials said the Federal Bureau of Investigation (F.B.I.) has been leading America’s effort to take possession of Mr Abbas because many of those he allegedly scammed in years of advance fee fraud were Americans.

Officials could not immediately estimate the financial value of Mr Abbas’ alleged fraud, citing poor cooperation from Dubai authorities, but they expressed confidence his exploits spanned across Europe, U.S. and Nigeria.

Mr Abbas’ arrest was first rumoured on Nigerian social media Tuesday, but PREMIUM TIMES was unable to get official corroboration until Friday. Even then, two officials who confirmed knowledge of the arrest and offered preliminary information elected not to do so on the record — fearing that American officials could jettison back channel negotiations that began on Thursday morning. PREMIUM TIMES also agreed not to identify both officials because their request satisfied its policy on anonymous sources.

Nigerian officials said UAE authorities have frustrated all their attempts to obtain more than a cursory account of Mr Abbas’ arrest, including when and where he was held.

“They are even reluctant to tell us the preliminary charges that they have against him so we could weigh them with the charges that we have against him in Nigeria,” one of the officials said. “We know that the money involved would be much for the Americans, but we are optimistic that we will prevail in bringing him to Nigeria to face trial.”