Nel Kassy: 5G is not Antichrist or Connected to Corona Virus

Nel kassy put to his Facebook page about how Christianity regard the New release 5G network as a result of ignorance. He said “Africa, which way?.
The world has left us behind, religion have dealt with us. Christianity wasn't originally ours. It was sold to us by Europe. 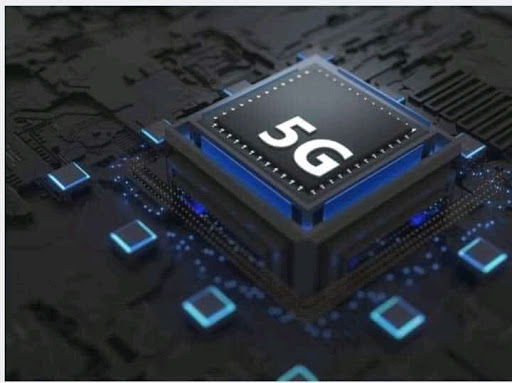 Why link every technology advancement as a fight (anti-christ) against borrowed religion?.
The world didn't end in the year 2000. We are still alive till date. The world isn't going to end now. The day you die is the end of the world to you. Why do we always give in to fear. We all must eventually die some day.

I could vividly remember when there brought GSM to us, we call it mark of the devil, 666. We call SIM card satanic identification number. But we are using it today.

We once didn't conform with medicine and therapeutics but today, we can't do without it. Corona Virus is here. We are waiting for the vaccine. We are waiting on scientists to develop it but our thinking is of ape age. Don't you think those scientists are using 5G to fasten their research? Will they encrypt 666 mark (5G) into the vaccine when discovered?

Stop believing shit!
Our belief system(Christianity) is against anything technology advancement but will be the first to rush to the market to buy its products.

If 5G phones starts selling today in Nigeria, you will all rush to the market to buy it. If I get you the current 4G phone then, I know you will reject it. But you initially called me names; Anti-Christ, devils incarnate, agent of China against the blacks just because of my defense on 5G.

Ignorance is a great disease. We need to cure ignorance in Africa. It's more deadlier than Corona Virus.

The same church that once called TV devils box now uses it in live-streaming. It's no longer the devils box.

The pastor who went on air to say all sorts of things in trying to juxtapose Corona Virus with creation of 5G uses iPad in preaching instead of Bible. His Bible is in his phone. I bet you, when 5G products start selling in Nigeria, he'll be the first to use it.

The same people that were once against blood transfusion now rely on it to save lives. It's no longer a sin against their God.
Just the same people. Organ transplant was against their believe and propagated by illuminati. They suddenly changed. It's now the bedrock of life in time of need.

I know they're same people. They kicked against mobile phones. They said it causes brain cancer. They're now using the highest iPhone 11 pro max, Samsung galaxy M21, S11, etc. They enjoy the fastest technology. We use computer too.

When internet came newly, they were against it, they said it was a formation of world government but they now use it in gathering of tithes and offering online. BVN was a mark of 666 too. I think, about 40 million Nigerians already has the mark. Ignorance is a big disease in Nigeria. IVF was evil. They accepted immediately their pastors started using it to solve their infertility. It saved marriages.

We don't develop anything. We are always fast to took to criticism after which we enjoy it the most. Ignorance is a disease. It thrives greatly in Africa.

It doesn't have the ability to cause harms to human cells except in rare case of high and constant exposure.

MTN recently launched 5G. 5G has come to stay. There are no two ways about it. Forget the ongoing conspiracy theories. Forget Donald Trump's noise making. It is just a power tussle between America and China. They're struggling for world power.

Every technology advancement poses a threat to human. Electricity poses a great threat but we're still using it. Car poses a threat and people die by road accidents. Have we stopped using it.

Make your research about 5G and get enlightened while we wait on world scientists to come up with a proof about its health implications. Stop believing mere conspiracies”.