What happened between Dooshima and Junior in the viral video of a guy beating a girl in the month of march 2020: What Actually Happened
Dooshima Ella Terwase, who was mercilessly beaten by her boyfriend Moses Chiutar a.k.a Junior (King Marret De Entertainer on facebook), is a final year secondary school student.
As time goes by we discover more hidden truth and stories about what actually stirred up the fight. A story was written by Ukan on Facebook 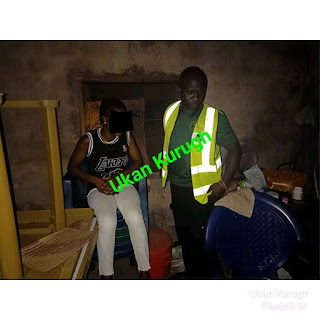 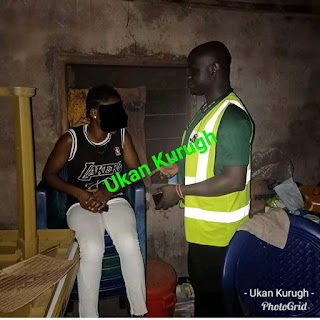 She told me on Wednesday night, 18th March, 2020. Junior, A student of Caritas University Enugu, who returned home where he is undergoing studies. He called her to his house to resolve a dispute that brewed in the course of their relationship. She suspected that she is pregnant for Junior.

According to Ella, she had exams to write so she couldn't make it to juniors place, she put off the visit till that fateful Friday (20th March, 2020).

Initially, Ella said she turned down the request but Junior's friend Precious Blessing (Facebook name: Prëshy Ïbilë) persuaded her to come to juniors place for them to settle their dispute.

"So on Friday I went there. I sat outside and he (junior) invited me into the house that we should settle the matter before his mother comes back. I told him to tell me what he had for me but he insisted that I should come in. To avoid drawing attention, I went in with him. They were four - Junior, Tosin, Precious and the other guy - Eskay. While we were talking Precious was recording and was saying that see these people now talking as if they have no problem," Ella narrated.

She explained that Junior would pull a short gun on her but later on reassured her that he was only frightening her. Suddenly, Junior's countenance changed and he went physical on her.

Ella further said Eskay told Junior to beat her up so that she will learn and while Junior was beating her, Precious was recording on video. It got to a point when Tosin held her from behind, allowing Junior the chance to beat her more. Later on Precious open the door for her to run out.

Ella did not come home after the incident. She stays with her mum alone cause Ella's Dad is no more.
"I was afraid to tell Mum," Ella said.

Unfortunately,Ella came to know that the video was online when calls began coming in from her friends who have seen her in a video online.

"Some of my friends wanted to react but I told them not to put me into further problem. Yesterday (Saturday, 21st March, 2020), Junior called. He began calling till in the afternoon but I did not pick his calls. When I later picked, he was pleading that I should help to protect him," Ella said.

According to her, Precious who recorded the video, sent it to Tosin, who first posted it (online).

So so far, we came about the reason while Junior assaulted her, He was hard on her because she accused him of being responsible for her Condition (Prenancy), which we dont know if its true or not.

Now, having identified Ella, we are heading to the Police to officially lodge a complaint.

We appreciate everyone that has provided useful information that enables us to get this far. FIDA has mandated two lawyers to follow up the matter.

Very senior military and paramilitary officers have also indicated interest in the matter and we are grateful to all that have shown concern, one way or the other in this matter.

Junior, there is no more time. In your own interest, report yourself to the Police Station nearest to you. Failure to do so, we are coming after you and there is no hiding place for you.

Report yourself to Police, alongside your friends. Friends, we will keep you posted as the events unfold. Thank you!