Nigeria, as a country, is well respected and regarded for several things, one of which is the entertainment industry. 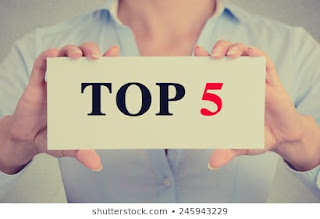 The Nigerian entertainment market has successfully grown rapidly and gain global reception. Comedy, filmin/acting, music, and dance make up the entertainment sector. However, the most revered and thriving aspect of this industry, is 'music'.

Nigerian music is a widely-accepted and recognized entertainment brand, which can be characterized by the huge success of our musical artistes. Although the world adores A-list music stars, such as Beyonce, Rihanna, Chris brown, and others, yet Nigerian artises are still relevant in most parts of the world today.

Owing to the thrivingness of the music industry, Nigerian artistes have been able to acquire immense wealth through this talent that they possess. Based on actual facts, It is no longer uncommon to find billionaires who are musicians in Nigeria. Thus, Nigerian music has been very profitable financially.

There are certain Nigerian musicians who have greatly succeeded in making music, and then generating millions for themselves. This article will enlist Nigeria's top five (5) artistes who are immensely rich, stating their networth and the  properties they have acquired. These artistes didn't just emerged as billionaires suddenly, rather, it entailed years of consistent diligence in their craft.

In a particular order, here are the top 5 wealthiest musicians in Nigeria:
2baba (2face)
Innocent Ujah Idibia, popularly known and addressed as 2baba, remains one of Nigeria's biggest music stars, who was born in jos, plateau state, Nigeria. Due to how consistent, creative and diligent the young man is to the industry, he is ranked among the top five richest musicians within Nigeria. 2baba or 2face is a multiple award winning singer, who has earned great recognition from significant parts of the world. He initially kicked off his career as an artiste together with the plantashun boiz group (an old musical group which later disbanded). 2Face later got signed to kennis music, which was a huge help for the singer as of that time.
Currently, 2Face is a label boss (hypertek music), super wealthy and influential. He owns mansions in Lagos, luxurious automobiles, and also has an estimated net worth of about N5.7 billion.

D'banj
Zaria-born singer, Daniel Oyebanjo Oladapo, is a Nigerian musician who has spent nearly two decades in the music industry. D'banj, as he is popularly called, began his musical journey when he first met with Don Jazzy - a music producer. Back then, this duo worked cordially and successfully created a record label, Mo'hits records. However, they are both on separate ways today.

D'banj made several hit songs which contributed mainly to his success in the Nigerian music industry. He has acquired a mansion in Lekki, Lagos, and in the United States. This, absolutely shows how wealthy the young man is. Also, D'banj is known to have fleet of expensive cars, which include Rolls-Royce Wraith, Aston Martin Vantage, Mercedes benz SL500, and Bentley.
His net worth is estimated to be about N6.12 billion.

Don Jazz
Don Jazzy, Nigeria's foremost music producer ranks number 3 on the top five wealthiest musicians in Nigeria. He is a native of Abia state, from the eastern part of Nigeria, and he began his musical career about two decades ago, even before he made acquaintance with D'banj.

Don Jazzy is one music art that has contributed greatly to the success of other influential musicians in the country today. His record label, supreme mavin dynasty  is a platform where music stars such as tiwa savage, reekado banks, korede bello and more, all emerged from and rose to stardom.

In spite of how wealthy the 39-year-old producer has become, he is still not resolute in his decision to tie the knot, and be a married man. His main priorities are developing and investing in young talents, and creating great sounds beyond the four walls of his country.

Don Jazz is enormously rich, having at least three mansions in Lagos, and fleet of exotic cars. His net worth is estimated to be about N6.66 billion.

Wizkid
Wizkid, one of the music giants we have in Nigeria, is a revered singer and performer who started his music career with EME records, a record label owned by Banky W. Ayodeji Ibrahim Balogun, as he's originally known, is a Lagos-born musician who became the very first Nigerian artiste to gain recognition in the World Guinness book of record, for the most played song on Spotify. An awesome aspect of Wizkid's career is his acquaintance and collaboration with numerous foreign A-list artistes.

He currently owns a personal record label, Starboy Entertainment, which is also thriving greatly in the music scene. Although he's not married, he has about three biological children from three different mothers.

Wizkid has undoubtedly acquired enormous wealth through making music. He has a mansion at surelere, Lagos, were he was born and bred. Also, he owns another mansion in Los Angeles, California, United States. Amidst the luxurious cars he uses, wizkid usually flies a private Jet and has an estimated net worth of N7.2 billon.

Davido
And here we are, finally at the number one spot of Nigeria's richest musicians. David Adeleke, globally recognized as Davido, is a fortunate young man who was born with a silver spoon, unlike some other successful artistes. Davido initially kicked off his music career from his teenage years, belonging to a musical group abroad. He later came over to Nigeria to make music, which he kick started with his very first album release - "omo baba olowo". As of then, he was a co-owner of HKN music, a label that catered for his music career before he had his personal label, Davido Music worldwide.

Davido currently has several artistes signed to his label, who are thriving within the Nigerian music scene. As someone who loves a luxurious lifestyle, Davido possesses a dazzling collection of exotic cars and also owns two glamorous mansions in Lekki, Lagos.

In addition to all these material acquisitions, Davido has a private jet and a gateway mansion in Georgia, United States. His net worth estimate is about N9 billion.