Also Check; See Who is behind the insurgency and deaths of thousands of soldiers - An aggressive soldier cries out loud


Just in, Road cuts into two and about 100 residential building, schools and churches destroyed in an explosion at midnight in akure, Ondo state. 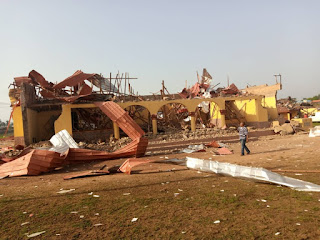 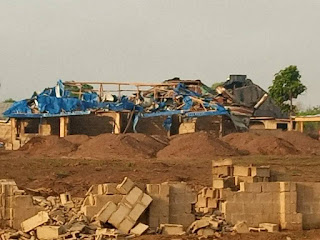 This explosion went off and was heard by residents in other cities close to the town which includes Owo, Ondo, and other nearby towns. This is what 9JaEdublog.com.ng can gather about this information. 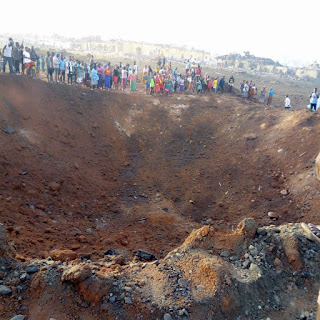 We went through social medias; twitter, Instagram and other blogs to fetch you a solid information about this. Many have also falsely claimed that what residents of Akure heard on Saturday morning was the Asteroid hitting the town. See those making that claim below:

Have you seen this; Imam of peace - Buhari stopped US from eliminating BOKO HARAM

The Explosion is not an effect from an asteriod

The asteroid was supposed to land in April 29th, 2020 not March which is code names Asteroid 52768 is the biggest asteroid to fly by the earth in the year 2020. The asteroid will be flying at a very safe distance from the earth, which is calculated to be some four million miles away – that’s more than 16 times the distance of the moon to earth. 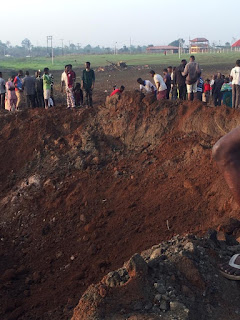 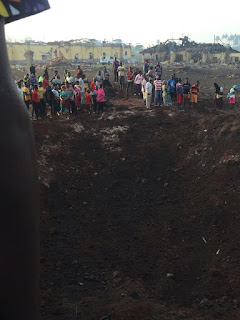 Secondly given the size of the rock, which is about 59 km², the asteroid hitting Akure will definitely cause a sinkhole.   Finally, as is said earlier, the asteroid is not anywhere landing soon and will be at a very safe distance from earth.


The Explosion might be a blast from an explosive device

Some reports claimed that the explosion which was heard in Akure was from an explosive device that went off while being transported in a vehicle.


Also see:- Davido - My Fiancé is tested positive for COVID-19


While 9JaEduBlog is yet to independently verify that fact, it could be the closest possibility to the truth of what went down in Akure.

An Interview with a police inspector states that;

the whole charade was a bomb that was suppose to be transported to a neighbouring state for military use, only for the driver to detect smoke from the trunk and quickly parks the trailer in a safe isolated place and runaway before it went off.

This information is genuine and not just a make up story, bookmark us today for your recent viral News, we bring to you the best out of topics around the nation. Show some love, share this post.