RICH OR WEALTHY? WHICH IS YOUR ASPIRATION?

Everyone desires to be rich. It is an innate aspiration in most human to have lots and lots of material things. To be at that place where most if not all of life’s needs are met. 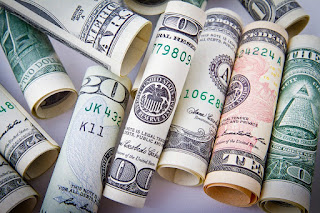 If you ask the average Nigerian, he wants to have much money. To the one who has nothing or little (at least by his own estimation); the dollar is the answer to most, if not all of life’s problems.

The truth is, he may not be too far from the answer. It is alright to want to have lots of money and be rich, it’s a legitimate desire. It is another thing however, to know how to build wealth.  This brings us to the question, is being rich the same as being wealthy?

If you ask most people if being rich is the same as being wealthy, you might be met with blank stares; as if they are thinking, “what are you talking about? Isn’t it all about having a lot of money?” They are not completely wrong to think so, but you see, being rich and being wealthy, though interrelated are two quite different concepts or financial states. One may be rich but not wealthy but you cannot be wealthy and not be rich. It’s like you have a Venn diagram where riches are a subset of wealth.

Being rich means to have lots of money, enough to have all you need/want now. Being wealthy on the other hand is much more than that, to be wealthy, you have all you need to meet today’s need, meet tomorrow’s needs and still have enough as residual. A rich person has lots of money while a wealthy person doesn’t have to even to worry about money at all.

A rich person has either profit or assets or both while a wealthy person has assets that generates profit and more assets. Wealth is synonymous to financial freedom. While riches may not last if not properly managed, wealth on the other hand is sustainable and accumulated.

Wealthy means you have assets that can comfortably and conveniently afford your lifestyle and still have surplus for future without having to worry about running out.

For example, some profession where people earn much and can be said to be rich are doctors and lawyers. They may be said to be rich but few of them are actually wealthy because although they are earning much, they have to keep working or the stream of income stops. Once they stop working and earning money, their stream of income stops flowing and they start floundering financially.

Another group are celebrities and footballers, except few who make good investment decision, most of then begin to struggle financially once they retire and the stream of income from fame and the glitz world stops flowing.

There is however, another school of thought that believes that being wealthy is a state of mind; contentment being the chief operative word. According to this school of thought, you don’t need to have much to be wealthy. Once you are able to manage your expenses to be in line with the resources available at your disposal, you are said to be wealthy.

This invariably means that once you have enough to cater for your immediate needs and some to spare, save or invest and you can sustain that, you are wealthy. In this school of thought, financial discipline and contentment is the source of wealth. Even if you have much resources, but you are constantly spending much more than what you have or spending all that you have, you cannot be said to be wealthy.

This is why it is imperative to be financially literate, be frugal with expenses and have contentment. Once you start earning, it is of utmost importance to cultivate the habit of spending below your means, saving and investment.

So, do you want to be rich or wealthy? What actionable steps are you taking in that direction?