President Buhari, Under Pressure to Address Nigerians on Readiness to Tackle Coronavirus

Nigeria's President Mohammadu Buhari has come under media pressure to address his fellow countrymen on his government's preparedness to handle the Coronavirus infection that has been confirmed in Nigeria. 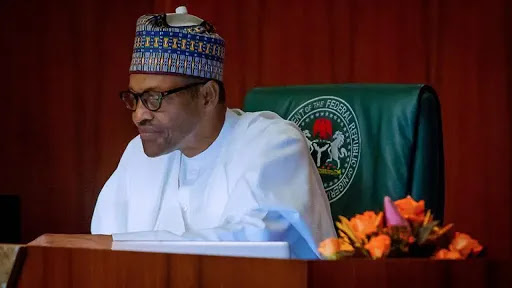 Coronavirus poses a serious global health risk to the world and governments both within and outside Africa have been using different strategies to prevent its spread.

Nigeria is among the most populous countries in Arica and it will have to contend with the virus in the weeks ahead.
Criticism against the president first came from the leader of the proscribed indigenous people of Biafra (IPOB) who fled out of the country to escape charges brought against him by the government.

Mazi Nnamdi Kanu challenged the president from his hideout in Britain to address the country on his preparedness to tackle the spread of the virus.

Nigerians have also blamed the president for the new cases of the viral infection reported in the country for his failure to act promptly by banning flights both to and fro affected countries.

It was reported that some of the new cases of the Coronavirus infection were brought about by new returnees from affected countries who were not detected at the airport before reuniting with their families.

In the last few days, there have been uncoordinated efforts by state governors and religious leaders to prevent the virus from spreading. Sates such as Lagos state and the governors of the northwest states have ordered the closure of schools for 30 days.

Some religious leaders have also called for the closure of mosques and churches which are high-risk places.  This has not been well received by some religious bodies like the Christian Association of Nigeria (CAN) that felt that it was too early to order the closure of churches.

This savings here ad there have heightened the call on President Buhari to urgently address the country and employ a uniform strategy to avoid any politicization of the deadly infection which has ravished many parts of the world.