Imam of peace - Buhari stopped US from eliminating BOKO HARAM

Just about now, 12:26 PM 28th March, 2020, Imam of peace has taken to his twitter page on how buhari refused US from eliminating boko haram. 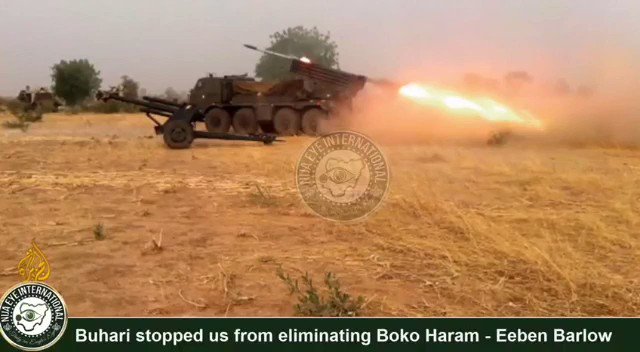 He said; “We were not allowed to destroy boko haram. When the governments creates excuses to protect terrorists, you have a terrorist government.”

Who is Imam of peace?

Mohammad Tawhidi is a Muslim influencer and reformist Imam. Tawhidi has been embraced by a number of centrist islam groups and anti-islamic extremism groups. Tawhidi is president of the Islamic Association of South Australia, which he founded in 2016. He refers to himself as the "Imam of Peace. 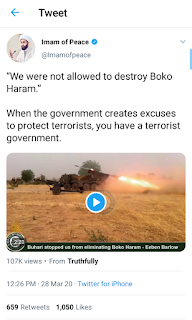 Check this also:- China Exposed for creating COVID-19 virus as a weapon for economic world victory


Followed up comments and replies says that its false, Imam of peace is just an enemy to president Buhari, while some said, they saw the video which he posted some months ago, its not a surprise that boko haram is a political weapon used to attract foreign aids which are sidelined...Boko haram will stop when the rulers die, especially Mr Covikk, he is the founder.

So we, 9jaEduBlog has not found any thing sure about this and we don't have a say towards this, its left for you to decide if this is true or just made up story.

Recent tweets from Imam of peace;

“I love Nigeria. Nigeria will be more beautiful without the terrorism enabled by Dictator Buhari,” says Imam.

50 Nigerian soldiers killed in deadly Boko Haram ambush. If the army can’t protect itself then how can it protect the people? More Christians being slaughtered everyday. Buhari is still nowhere to be found. #BuhariResign.

Did you missed this post; Shocking News: Explosion in Akure, Residents in panic, see photos and videos